Tripawds Supporter sites have no ads!
Skip to content 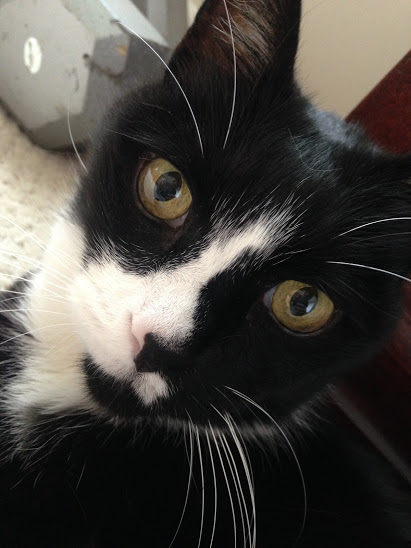 Today, March 30 2019, is Rocky’s 1 year ampu-versary and sadly almost 3 months since he passed.  I am so grateful for the support of this group.  I wanted to share a few of the things that worked well for us.  First, a background on Rocky’s situation.

In September 2017, Rocky (13 yo Manx cat) developed a lump on his left wrist (it didn’t seem to bother him).  The vet thought it might be callous healing from a jumping injury and we monitored it.  But in December it was getting larger and he seemed to favor that paw.  In January 2018 an x-ray was done, then a biopsy, followed by the news that it was soft tissue sarcoma. We were told that this type of cancer would soon spread to his lungs and referred to UGA Veterinary School Oncology.

At the oncology consultation we were advised to amputate the entire left arm to hopefully get clear margins. Even though Rocky was 13, he was healthy in every other way, so a good candidate for the surgery.

On March 30, 2018 Rocky had the surgery, the pathology report came back with clear margins and clear lymph nodes.  Yay!  He recovered amazingly well and mastered life on 3 legs.  He built up great core muscle strength and was in the best shape of his life 😊.

In September 2018 Rocky’s lymph nodes dramatically enlarged almost overnight and he began to lose weight and throw up often.  He was put on antibiotics with no effect. Then diagnosed with Lymphoma (likely originating in his stomach/GI tract).  Rocky was put on steroid (Prednisolone), which reduced the lymph size and his appetite returned.  We knew the disease was advanced and chose this route to keep him comfortable.

As a feral kitten, Rocky had joined our family at Christmastime and he honestly loved the season like a little kid.  We didn’t know if he would make it to Christmas, so we put up the tree in early-November. He was so excited about it and enjoyed all the smells of Christmas. Rocky did make it to Christmas but was clearly declining.

Rocky was very social and always wanted to be by our side.  His will to live was strong, he pushed thru every day to be in the same room with us. January 10, 2019 was his last day and he laid next to me for the entire day.  The whole family was with him at the end when our vet came to the house to help him pass over.

Rocky’s sister, Sophie, was aware that Rocky was sick, and we let her see his body before we buried him.  As expected, Sophie grieved the loss of Rocky as she had been with him her entire life.  She now has a little brother that she “tolerates” and is beginning to play with.  Sophie clearly still misses Rocky but she does love being “Alpha cat” now.

I miss his loud purr; the strongest head bunting; wet nose kisses; seeing him sleep on his back in the sun; his “pawing” on the ottoman; how he jump at the open door frame and slid down it fireman style; his dimply nose; waking me up at 3:00 in the morning just to purr and cuddle…. and so much more.

Here is a list of what worked for us:


To remove ads from your site and others, upgrade to a Tripawds Supporter blog! 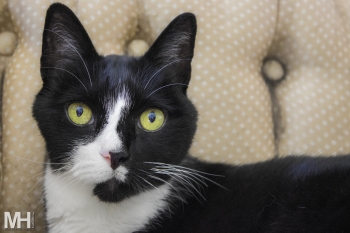 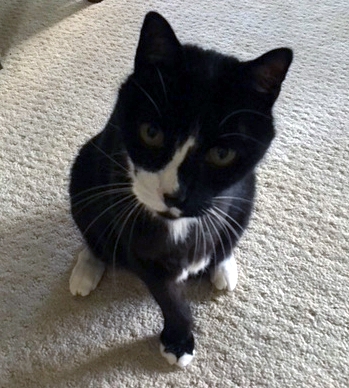 Missing my Buddy Boy so much.  Will blog the story of our senior tripawd soon.

Add an excerpt to your posts to provide a summary for readers in many blog themes!

Read this for important information!

Welcome to Tripawds. Please read on for important tips. This is your first post. Edit or delete it, then start blogging. Don’t miss our helpful WordPress tutorial videos if you need help getting started with your new Tripawds blog.

Tripawds Blogs shall NOT be used for commercial OR fundraising purposes.

The free Tripawds Blogs platform shall not be used by an commercial entity. Any blog created by a veterinary clinic, product manufacturer or any other commercial endeavor will be deleted and all users removed without warning. Please contact Tripawds regarding guest article submission opportunities.

Direct appeals for financial assistance to help cover care expenses will be deleted without notice. Everypawdy in the Tripawds community faces their own share of high expenses related to surgery, recovery and care. Veterinary financial aid resources can be found in the Tripawds News blog. Please see the Tripawds Fundraising Appeals Policy for more information. Thank you for your understanding.

Please publish a new post (or edit this one) to share your story. The Tripawds community is only notified of new blog posts in the Recent Posts widgets found throughout the News blog and discussion forum pages. Members will not be notified of any comments made on this default first post. You can also choose to edit or delete your sample page.

Publish a blog post or your site may be deleted!

Please be sure to publish at least one blog post to let us know you that you may use your blog. NOTE: Failure to do so may result in your site being deleted. If you upload photos to your Media Library, but fail to publish a post, we’ll never know they are there and they may be gone forever!

Another way to ensure your site does not get deleted, is to upgrade it with a Tripawds Supporter subscription.

By default your site will be indexed so Tripawds members will be notified of your update in the Recent Posts lists throughout this community. If you change your Privacy settings to discourage search engines, your posts will not be indexed!

To limit the amount of spam you receive, any first comment a reader makes on your blog will require moderation. Be sure to “Spam” any inappropriate comments, and approve those from your readers so their future comments appear immediately. You can change your comment options from the Settings -> Discussion tab in your dashboard.

Thank you for sharing your story, and happy blogging!

About Your Tripawds Blog:

New Tripawds Bloggers: Please review your default first blog post at left for lots of helpful links for getting started with your blog or review the Help Videos in your dashboard. Edit these widgets from your Appearance settings to remove this notice, upload a custom header photo, or choose from 130+ themes, and much more!


Tripawds Supporter sites have no ads!